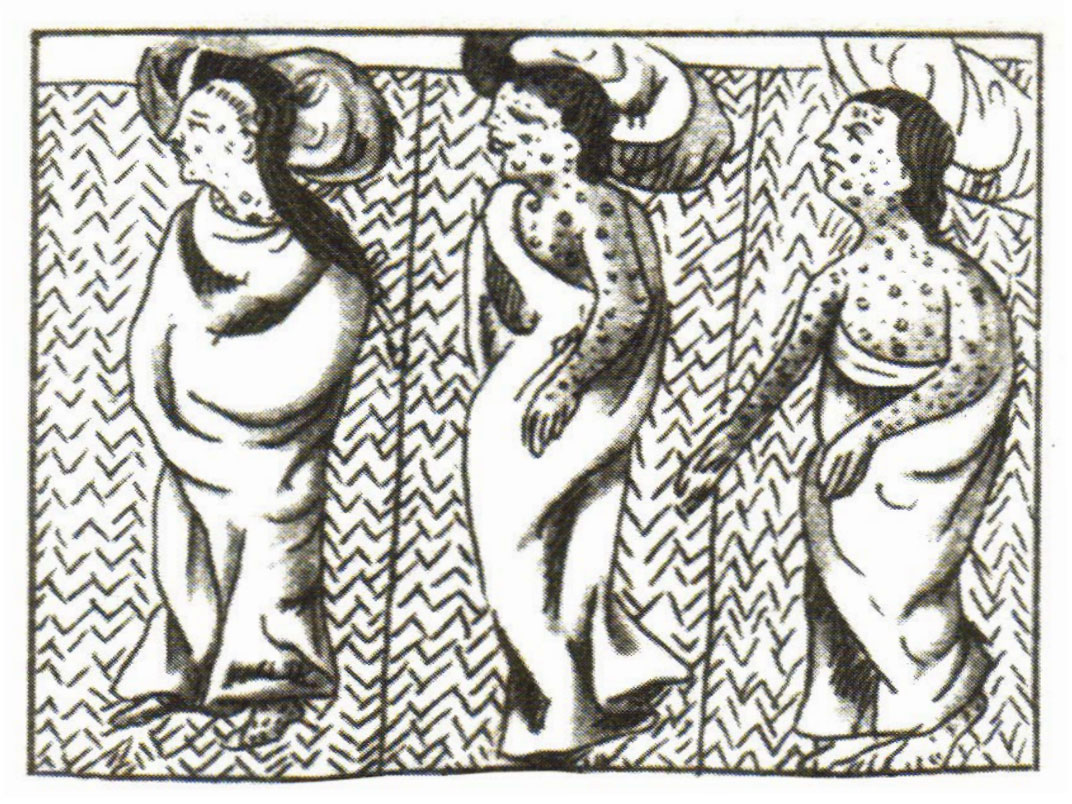 How Historical Inequities Shape the Course of Pandemics

ASSOCIATE PROFESSOR OF HISTORY
AND DIRECTOR OF THE AMERICAN WEST CENTER

We can never view pandemics as purely biological events. While it is true that microbes are discrete organisms, replicating and mutating through natural processes beyond our control, human actions and power structures have always shaped the epidemics those pathogens have spawned. This is as true today as it was when relentless waves of disease first began to devastate Native peoples in the centuries following European contact. Native peoples were subject to dozens of distinct epidemics that included bubonic plague, measles, typhus, influenza, and smallpox. Pre-contact

populations plunged by 90 percent in many areas. Because these pathogens struck peoples that had never encountered them before and thus lacked adaptive, or “acquired” immunity, they have been called “virgin soil epidemics.” The phrase is evocative and at one level captures a biological reality, but it also “naturalizes” the epidemics in ways that mask human interventions. Diseases were indeed a major factor in a hemispheric depopulation, but they did not occur in a vacuum. It was the social, cultural, economic, and political contexts for disease, not simply the novelty of the pathogens that mattered. Colonial America

Above Left: Sixteenth-century Aztec
drawings of smallpox and measles
victims

Below: Nurses working in the Red
Cross rooms in Seattle, WA, with
influenza masks on faces, 1918

was marked by warfare, social dislocation, slave raiding, and the destruction of Native subsistence bases. Malnutrition was in fact the single greatest factor in spiking epidemic mortality rates. The kind of health care infrastructure that we may take for granted today did not exist; caring for the afflicted was the responsibility of kin and community. Regardless of biological immunity, any society in collapse, unable to feed or heal itself, stands little chance in the face of a pandemic. Still, generations of Euro-Americans cited high Native mortality rates as evidence of inherent Native weakness, displacing blame.
Native peoples were not the only Americans subject to racist discourses and actions that shaped their experience of epidemic disease. When yellow fever hit Philadelphia in 1793, esteemed doctor Benjamin Rush, one of the signatories of the Declaration of Independence, theorized that African Americans were immune to the disease. While much of Philadelphia’s white population attempted to self-quarantine, its free Black people were 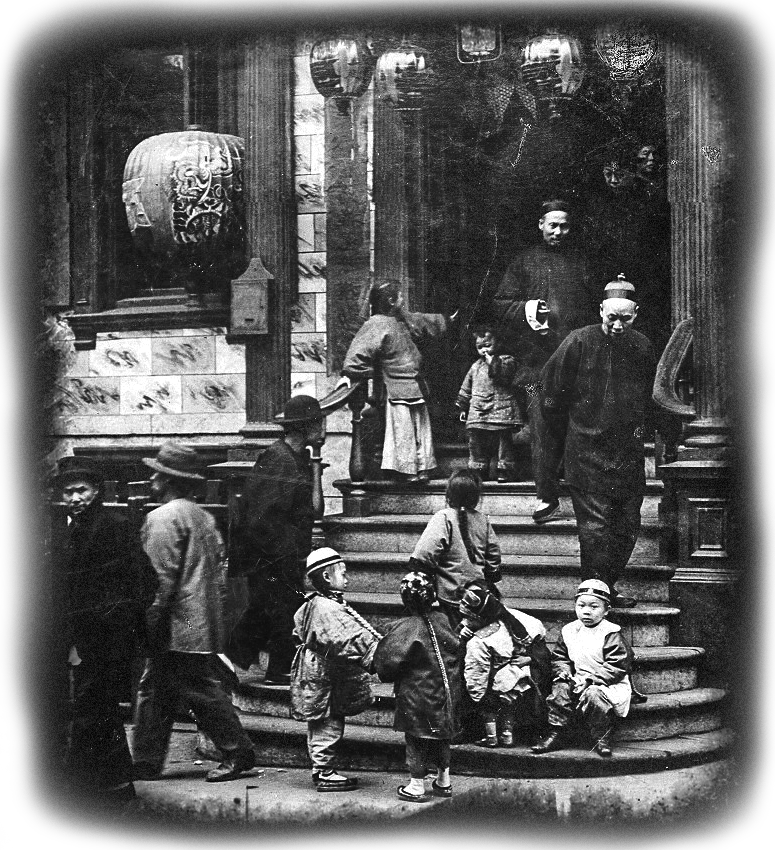 Below: Black people struck by the Spanish Flu of 1918 received substandard care in segregated hospitals.

recruited to be first responders: they were put to work as nurses, coffin makers, and grave diggers, coming into direct contact with contagious bodies. While at least 240 African Americans died of the disease, debunking Rush’s theory, they were nevertheless accused of profiteering and looting rather than being praised for doing the dangerous work of caring for the sick and the dead.
Since the early 19th century, immigrants to the United States whose “whiteness” was always contested, have also been blamed for pandemic diseases. In the 1830s and 40s, when they arrived in America seeking economic opportunity and fleeing devastating famine, the Irish—considered both racially inferior and as Catholics widely despised by the majority Protestant population —were accused of spreading cholera. The Jewish refugees from Eastern Europe who passed through Ellis Island around the turn of the century
in the wake of anti-Semitic programs

were similarly blamed for an uptick in tuberculosis. When the bubonic plague appeared in San Francisco’s Chinatown in 1900, many argued that it was a disease that only affected Chinese immigrants and should thus be of little concern to the wider public. City officials initially quarantined Chinatown. But they soon opened it up again as fears for California’s economy and distrust of new laboratory-based medical science led the governor to insist that the plague was “fake.” In 1916, Italians were blamed for a polio outbreak in New York City. Although cases were low amongst this population, Italians were ostracized, vilified and attacked on the streets, as the first identified cases of the disease had been Italian-American children in an impoverished district of Brooklyn.
During the last great global pandemic —the influenza of 1918-1919—worldwide, some half a billion people were infected and up to 50 million died. In the United States,

Native peoples were hit harder than any other population. Nearly one quarter of all people living on reservations came down with influenza between October 1918 and March 1919, and 9 percent died. That was quadruple the death rate in America’s largest cities. The influenza of 1918 was particularly devastating for the Navajo people. An estimated 40 percent fell ill and at least 2,000 Navajos out of a population of just over 30,000 died. Rather than blaming preexisting conditions, malnutrition, and lack of adequate health care for the mortality rate, many physicians, scientists, and government officials interpreted the death toll as evidence of the genetic inferiority and bodily weakness of a “primitive race.”
It is no surprise to historians that this

novel virus is now ravaging the United States’ least privileged and most vulnerable communities. In 2020, the Navajo Nation is again at the center of this pandemic. Some 175,000 people currently live on the Navajo Nation, an area the size of West Virginia, whose infection rate is nevertheless almost double that of New York state. Many of the same circumstances that spiked Navajo morbidity and mortality a century ago are still factors today. Preexisting conditions such as diabetes and heart disease and limited access to health care have made COVID-19 a deadly threat to this community in particular and reveal how historical inequities continue to shape the course of pandemics. Like the African Americans that Rush conscripted as first

responders, an inordinate percentage of frontline “essential” workers —which now include bus drivers and employees of meat-packing plants —are African American and Latinx. They do not have the luxury of working from home while sheltering in place. At the same time as we invest in containing the spread of this virus, which is only partly within our control, we should thus attend to the lessons of the past. Rather than reenacting our nation’s past reactions to pandemics, we should acknowledge the politics of public health and prioritize what we can control —our political, social, cultural, and economic response —in order to mitigate the unequal effects of this latest pandemic.

At the same time as we invest in containing the spread of this virus... we should thus attend to the lessons of the past.

The Navajo Monument Valley Tribal Park in Oljato-Monument Valley, UT, closed to the
public in an effort to prevent the spread of COVID-19 on the Navajo reservation (source)