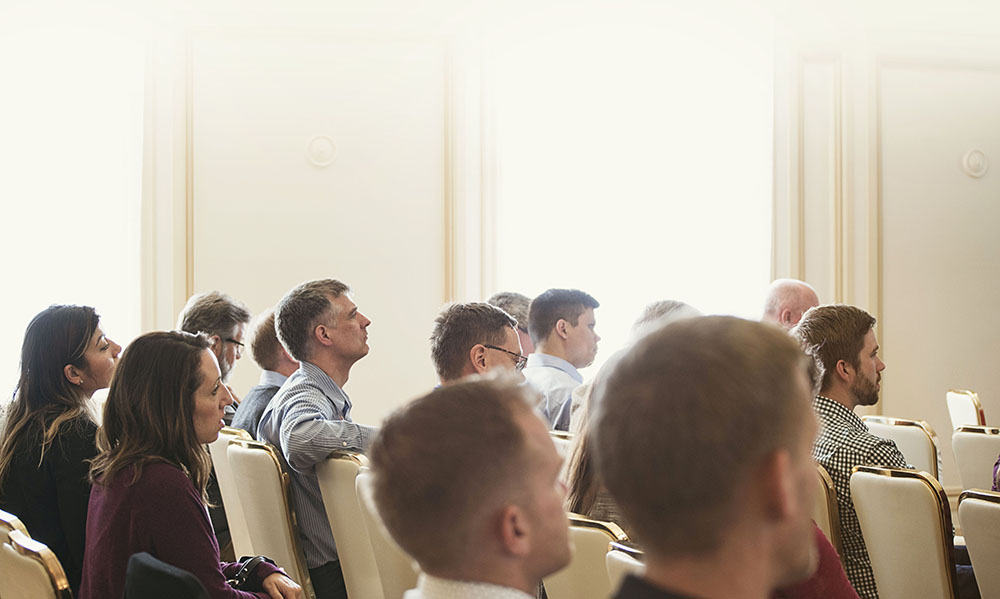 The University of Utah’s College of Humanities teaches students and the community to question the issues of the past, the present, and the future; to consider the impact of words on individuals, cultures, science, technology, law, and medicine; and connect with people to improve the human experience.

These ideas are present in every area in the College of Humanities and were especially well represented at the Department of Linguistics’ second annual Language and the Law Symposium, which took place on April 25, 2019. The half-day event gathered legal professionals such as lawyers and judges to discuss state-of-the-art solutions to a broad range of problems involving language and the law. The linguistics department hosted three keynote speakers who each explored the importance of asking questions, considering outside research, and creating connections in order to achieve justice.

As a leading forensic linguist, Roger Shuy, Emeritus Distinguished Research Professor of Linguistics at Georgetown University, has consulted on more than 600 cases that included large amounts of language evidence relating to bribery, solicitation, fraud, and others. When faced with these cases, he asks the following questions: What do the participants think they understand about what they are talking about? What plans do they reveal? What topics do they bring up that reveal what they believe the conversation is about? How do their speech acts support this? What conversational strategies are used to advance the speakers’ conversational goals?

By asking these questions, Shuy can begin to understand the full meaning and relevance of words and sentences that are frequently used as “smoking guns” by prosecutors in court cases. During his presentation, he argued that the analysis must include how these bits of language—the “smoking guns”—fit into the overall context of the entire discourse.

In her work at Seattle University, Janet Ainsworth, John D. Eshelman Professor of Law, considers the impact of linguistics research on legal issues and criminal procedure. Ainsworth closely examines interactions between civilians and law enforcement and how, due to the power imbalance, they can result in constitutional rights—such as Miranda Rights—being ignored.

In the hundreds of cases she’s reviewed, Ainsworth has seen time and again how rights are being denied because common language practices aren’t being considered as lawful. Rather than an arrestee saying, “I unequivocally invoke my right to an attorney,” they frequently use more conversational language such as, “I think it’s time for me to get a lawyer.” Ainsworth mentioned that the latter statement doesn’t always hold up in court because the rule for Miranda Rights states that rights must be invoked clearly, unambiguously, and unequivocally.

“Educating lawyers and judges about how communication works in real life is key to getting them to understand that a hyper-literal interpretation of arrestees claiming their Miranda Rights is simply wrong is a matter of common sense,” said Ainsworth. “It’s a wrong as a matter of scientific fact. Linguists are scientists who specialize in the empirical evaluation of how humans use language to communicate. Linguists are the experts well-suited to provide expert evidence that would assist lawyers and judges in these cases in reaching appropriate and scientifically informed conclusions about whether what the defendant said to the police ought to be an effective invocation or not.”

Judge Lynn W. Davis of Utah’s Fourth District Court has served as a judge for 32 years and is an advocate for equal access to the courts for individuals considered to have Limited English Proficiency (LEP) and was part of the team that created the Code of Responsibility for Court Interpreters that has been adopted by every state. His advocacy and work focus on the imperative need of connecting highly qualified interpreters to defendants with LEP.

Understanding that interpreters are essential—not to mention a constitutional right—in order to provide meaningful access to justice, Davis discussed how courts can’t be open and fair without providing critical language services. Although it can be challenging for courts to find interpreters for many reasons, individuals with LEP face significant challenges that cannot be overcome without appropriate language assistance.

“Without meaningful language access, LEP people are effectively denied access to the very laws created to protect them, particularly in high volume court rooms where the majority of litigants are self-represented,” said Davis.