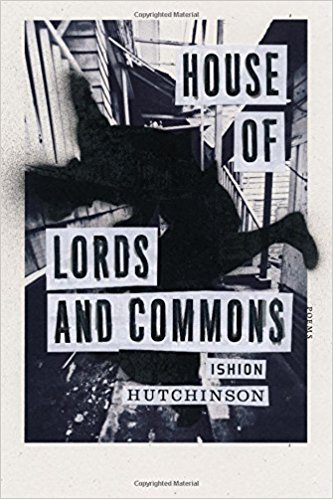 The National Book Critics Circle has chosen Ishion Hutchinson's House of Lords and Commons for its 2017 poetry prize. Ishion studied in the doctoral Creative Writing Program of the Univ. of Utah English Department, where he completed his first book of poems, Far District (2010), under the direction of Prof. Jacqueline Osherow. That book won the PEN/Joyce Osterweil Award for a first book, and his other honors include a Whiting Foundation Award and the Academy of American Poets’ Larry Levis Prize.

Born in Port Jefferson, Jamaica, he received a B.A. from the University of West Indies and an M.F.A. from New York University before coming to Utah.  Reviewing Far District in The Huffington Post, Carol Muske-Dukes observed that “Ishion Hutchinson moves in and out of 'borders,' geographical and emotional--and in and out of traditions (singing to Claude McKay) so gracefully that at times the reader has to remind herself of dark intent, which is undeniably here.”  The NPR poetry critic Tess Taylor described his new book as “ragged and fiercely beautiful”, and in the New York Times William Logan called him “Jamaica’s best new poet.”  Ishion is a currently an assistant professor at Cornell University.