Professor W. Paul Reeve Wins the Smith-Pettit “Best Book Award” from The John Whitmer Historical Association for his book Religion of a Different Color: Race and the Mormon Struggle for Whiteness 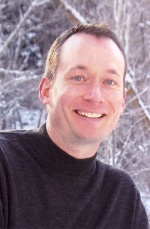 In this book, Reeve explores the ways in which nineteenth century Protestant white America made outsiders out of an inside religious group. His book looks at how Protestants racialized Mormons, using physical differences in order to define Mormons as non-White to help justify their expulsion from Ohio, Missouri, and Illinois. The Whitmer Historical Association award is one of three awards Reeve has recently won for the book.