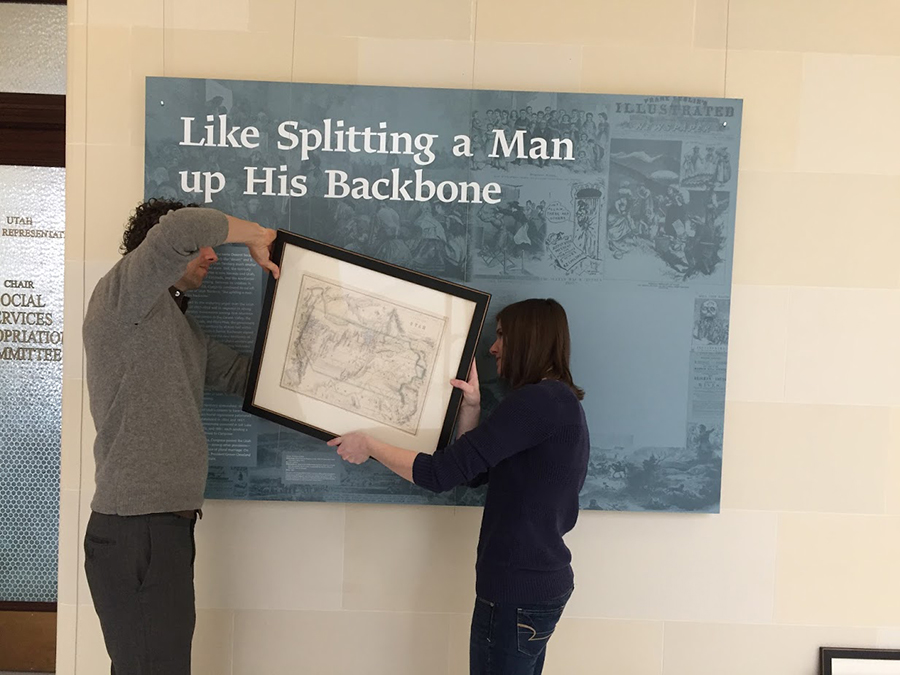 The Western History Association's Autry Public History Prize was recently awarded to Travis Ross, doctoral student in the Department of History at the U, and his associates for an exhibit titled, "Utah Drawn: An Exhibition of Rare Maps.” Awarded annually to media exhibits, public programs, or written works that contribute to a broader public reflection and appreciation of the past or serve as a model of professional public history practice in the history of the North American West, it consists of a $1,000 prize and a certificate to the award recipient. The prize is made possible by the generous support of the Autry National Center.

"This exhibit began with the desire to build a public history and art exhibit around a core collection of rare maps assembled by the local businessman Steve Boulay,” said Ross. “On their own, Steve’s collection told a visually compelling story about the cartographic history of western North America, but especially of the region that became Utah. The exhibit uses the familiar and visually-interesting forms of the map – which purports merely to tell the truth – to explore all the ways that ostensible facts like place names and spacial relationships are actually perspectives determined by political control, economic interests and cultural assumptions." 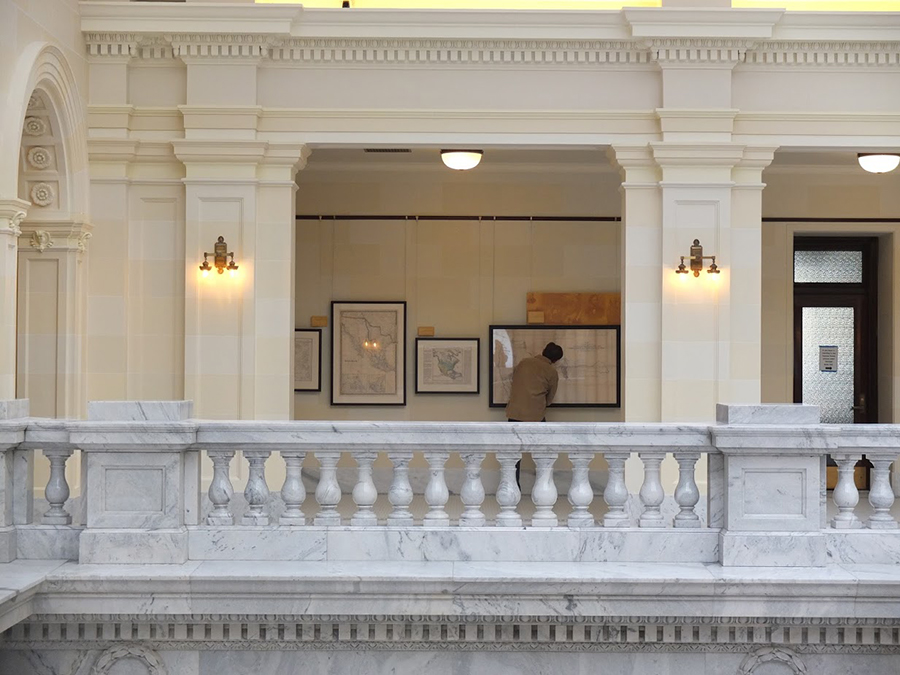 Displayed at the Capitol Building, Ross and his associates aimed to inform and educate the visitors, keeping in mind the different audiences that might encounter the exhibit.

"We tried to do some pretty high-level stuff while targeting the capitol’s high volume of middle school visitors. It might seem pretty abstract to argue that competing visions of land use lead to fundamentally different ways of organizing and imagining landscapes. Put that argument alongside two maps that juxtapose the stark difference between the neat grid of a Mormon settlement and the seemingly haphazard streets of a mining town where planners cared mostly about getting subterranean wealth out of the ground, and that argument becomes much more concrete. I think the exhibit helps to illustrate abstract arguments made by historians and geographers, but it also asks visitors to question the authority and neutrality of maps."