New Leadership for the College of Humanities 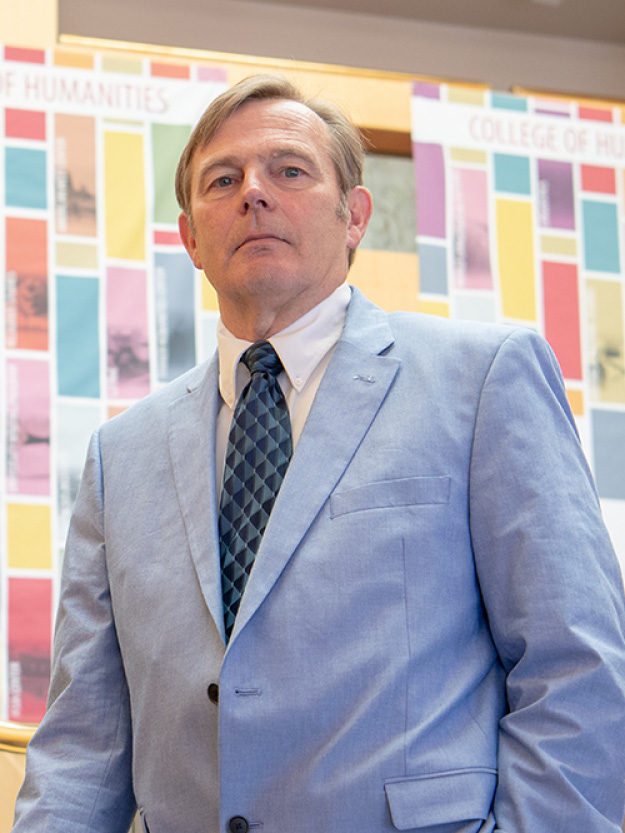 Stuart Culver, associate professor of English, has been a member of the U faculty since 1993. In that time, he has served in numerous roles in his department and college, including chair of the Department of English for five years, associate dean for academic affairs for three years and co-interim dean for one year. His scholarly and teaching focus has been on 19th- and 20th-century American literature and culture, photography, film and theories of popular culture.

“This is an exciting but very challenging moment for the disciplines of the humanities,” said Culver. “We are learning to engage critically with changing practices of communication, expression and cultural exchange and at the same time, we are embracing interdisciplinary and collaborative approaches to both research and teaching.”

Read more about Culver in the latest issue of Kingfisher. 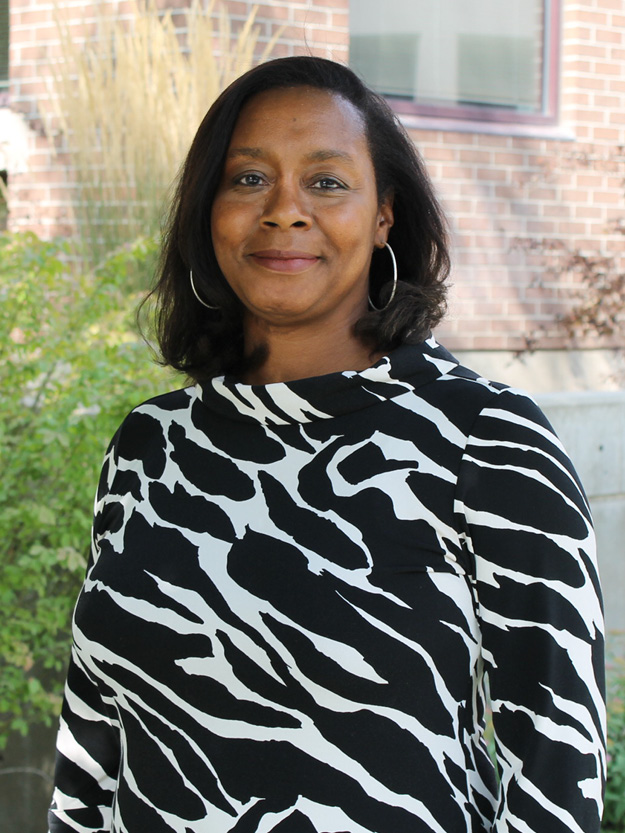 Joy Pierce, associate professor of writing and rhetoric studies and an affiliate of Latin American studies, has joined the college leadership team as associate dean for academic affairs. Pierce’s portfolio includes, among other things, overseeing the college's diversity initiatives and Title IX compliance, chairing the graduate and undergraduate curriculum committees and working with the chairs, directors and the college executive committee to review and revise policies and procedures.

Pierce’s digital divides and digital literacies research employs critical cultural and contemporary social theories through qualitative research methods to interrogate inequities in digital media use among historically marginalized populations. Her works have been presented at national and international conferences. She has published in communication, sociology, and qualitative methods journals and authored “Digital Fusion: A Society Beyond Blind Inclusion.” Her next book, “Autoethnography: Beyond the Self” is expected to be released in 2019. 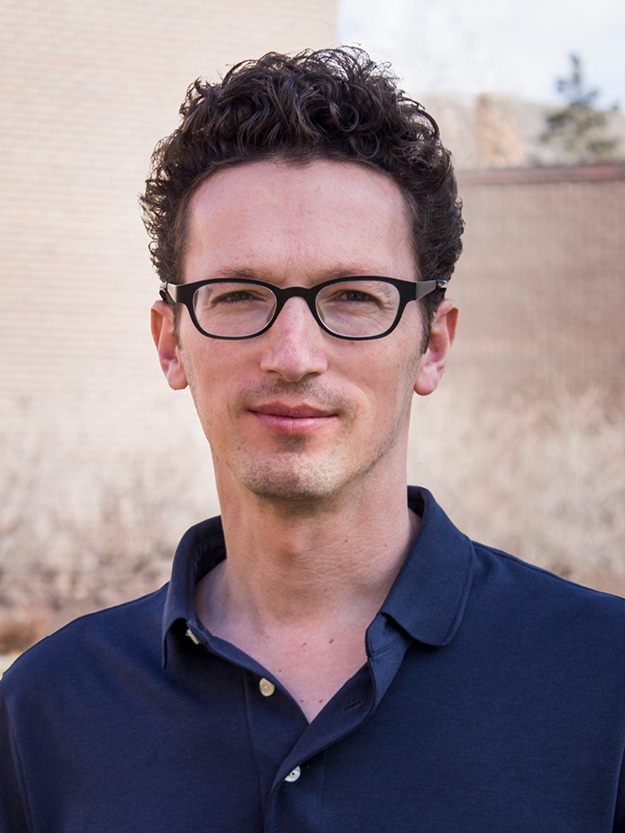 Benjamin B. Cohen is a professor in the Department of History at the University of Utah. He is a scholar of South Asia with a particular interest in the early-modern to modern periods of the subcontinent’s history. Trained in the languages of the Deccan, Cohen works in Telugu, Urdu and Hindi. His first monograph explored a discrete set of Hindu countryside kings in India’s largest princely state, Hyderabad, led by Muslim rulers (“Kingship and Colonialism in India’s Deccan,” Palgrave Macmillan, 2007). His second book broke new ground with a pan-South Asia exploration of civil society explored through the lens of social clubs (“In the Club: Associational Life in Colonial India,” Manchester University Press, 2015, Studies in Imperialism). He returns to the Deccan in his third monograph that explores a late nineteenth century sex scandal (“An Appeal to the Ladies of Hyderabad: Scandal in the Raj,” forthcoming, Harvard University Press, 2019). His current research includes a long-term history of the Deccan examined through the lens of water. He has taught courses on the environmental history of India and published “Modernizing the Urban Environment: The Musi River Flood of 1908 in Hyderabad, India,” Environment and History Vol. 17, no. 3 in 2011. Before joining the academy, Cohen was a singer-songwriter, barista and nightclub manager – but not all at the same time. 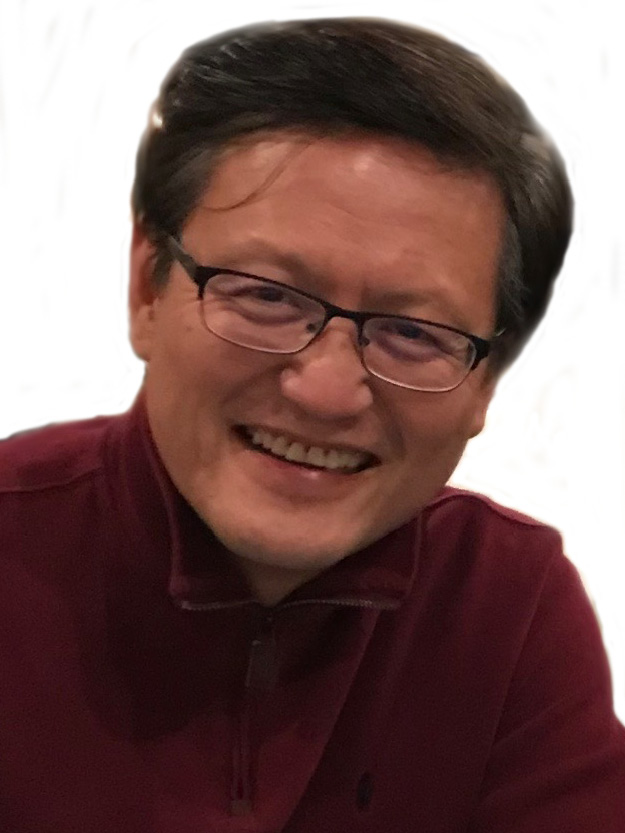 LuMing Mao, formerly professor and chair of the Department of English at Miami University, received his bachelor’s degree from East China Normal University and master’s and doctorate degrees from the University of Minnesota, Twin Cities. Mao’s scholarship is centrally located in the intersections of rhetoric, writing, culture, history, philosophy and linguistics. He is deeply committed to studying rhetorical and other symbolic practices across time and space, especially those that have been under-represented, misrepresented, or not represented at all. He has articulated a new kind of comparative rhetorical theory, one that enacts “interdependence-in-difference.” His work has not only challenged Euro-American conceptions of Chinese and Asian/Asian American rhetoric but also provided new methods of analysis for transforming dominant narratives of rhetoric in general and for depicting diverse rhetorical experiences of Chinese and Asian/Asian Americans in particular. 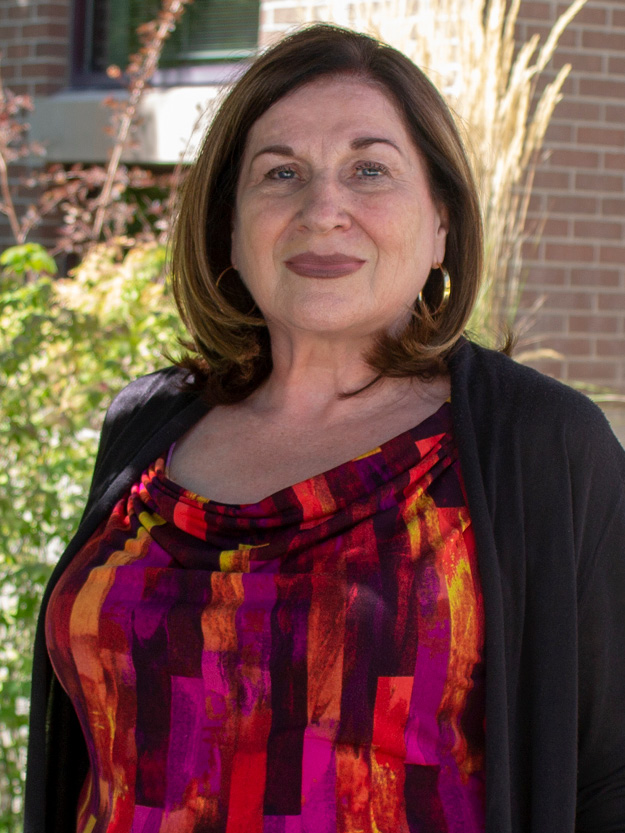 Margaret Toscano is an associate professor of classics and comparative studies at the University of Utah. Her research centers on myth, religion and gender in both ancient and modern contexts. Her article, “The Eyes Have It: Female Desire on Attic Greek Vases,” appeared in “Arethusa” in 2013. She also works on the reception of Classical culture in the cinema and has published articles about the HBO-BBC series “Rome” and other films, such as “O Brother, Where Art Thou?” She is the co-editor of the book “Hell and Its Afterlife: Historical and Contemporary Perspectives” (with Isabel Moreira), released first in 2010 and now in paperback. She has published extensively on Mormon feminism for more than thirty years, including the chapter “Retrieving the Keys: Historical Milestones in LDS Women’s Quest for Priesthood Ordination” in the 2015 book “Voices for Equality.” She also wrote a chapter titled, “Deconstructing the ‘Joseph Smith’s Teachings about Priesthood, Temple, and Women’ Essay,” which will appear in “The LDS Church’s Gospel Topics Essays: The Scholarly Community Responds,” to be published in 2019 by the University of Utah Press.