University of Utah commencement address to explore the power of unity 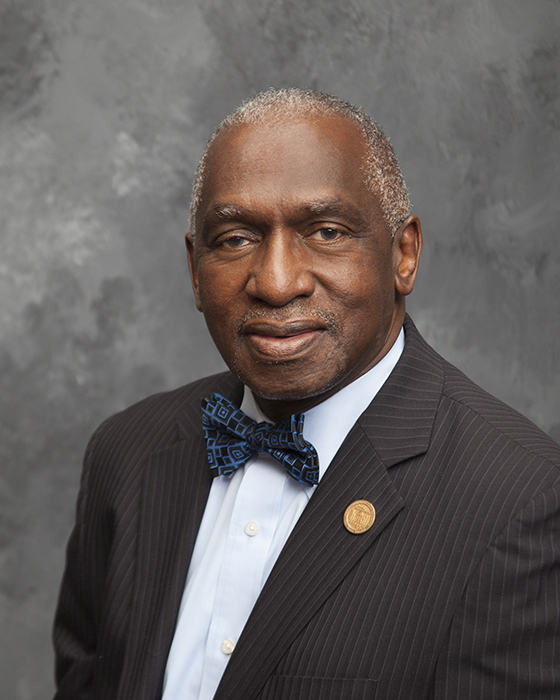 University of Utah President Ruth V. Watkins and the Board of Trustees announced Tuesday, Feb. 12, 2019, that renowned civil rights activist, religious leader and University of Utah alum and former faculty member Rev. France A. Davis will deliver the commencement address at the university’s 150th campus-wide convocation. The commencement ceremony will be held Thursday, May 2, 2019, at 6 p.m. in the Jon M. Huntsman Center.

Before becoming the leader of Utah’s most prominent black church—Calvary Baptist Church—Davis was a participant in the civil rights campaigns of Martin Luther King Jr. His decision to devote his life’s work to ministry came after his participation in the March on Washington in 1963 and the Selma-to-Montgomery voting rights march in 1965. Davis served in the U.S. Air Force as an aircraft mechanic from 1966 to 1970.

“Rev. Davis’ quiet dignity, tireless advocacy for respect for all individuals and his steady message on unity make him a welcome and timely choice to address our graduates, as well as our greater campus community,” said Watkins. “His message is one that we could all stand to hear more often—to help us remember our humanity and to look for the best in ourselves and others.”

In 1972, Davis moved to Salt Lake City as a teaching fellow and graduate student at the U. He became a faculty member in the Department of Communication and Ethnic Studies a year later. He joined Calvary Baptist Church in 1972 and became the full-time pastor in 1974. He also serves as the chaplain to the U football team.

Having retired from the U in July 2014, Davis holds the title of Adjunct Associate Professor Emeritus. Davis also holds several degrees, including a Bachelor of Arts in Rhetoric from the University of California at Berkeley, a Bachelor of Science in Religion from Westminster College, a Master of Arts in Mass Communication from the University of Utah and a Master of Arts in Ministry from Northwest Nazarene University. Davis’ life-long devotion to education has been honored by four scholarships in his name; three locally and one in Miami. He has also served as the secretary of the Salt Lake Ministerial Association, a member of the South Africa Preaching Team for the National Baptist Convention’s Foreign Mission and as advisor, vice-president and assistant to the dean of the Intermountain General Baptist Convention.

Davis brings not only his educational and pastoral experiences to the table, but also myriad life experiences and wisdom. From growing up in a crowded farmhouse and picking cotton in the Georgia fields to enduring discrimination and the Ku Klux Klan, he brings this knowledge to his work and ministry.

“It is important to be reminded of our value and of the strength and impact we can have when we come together,” said Connor Morgan, president of the Associated Students of the University of Utah. “As we prepare for the next phase of our lives as graduates, Rev. Davis’ remarks will lift and inspire us to embark on our journeys with a commitment to leave the world better than we found it.”

Step 2: Attend the Grad Fair between March 28-30 at the University Campus Store for all your graduation needs and to sign the Block U. From regalia to diploma frames, the Grad Fair is your one-stop shop.

Step 3: By April 28, be sure you’ve resolved any incomplete grades and financial holds on your record.

Step 4: Get to the Commencement Ceremony by 5 p.m. on Thursday, May 2 to line up and have fun.