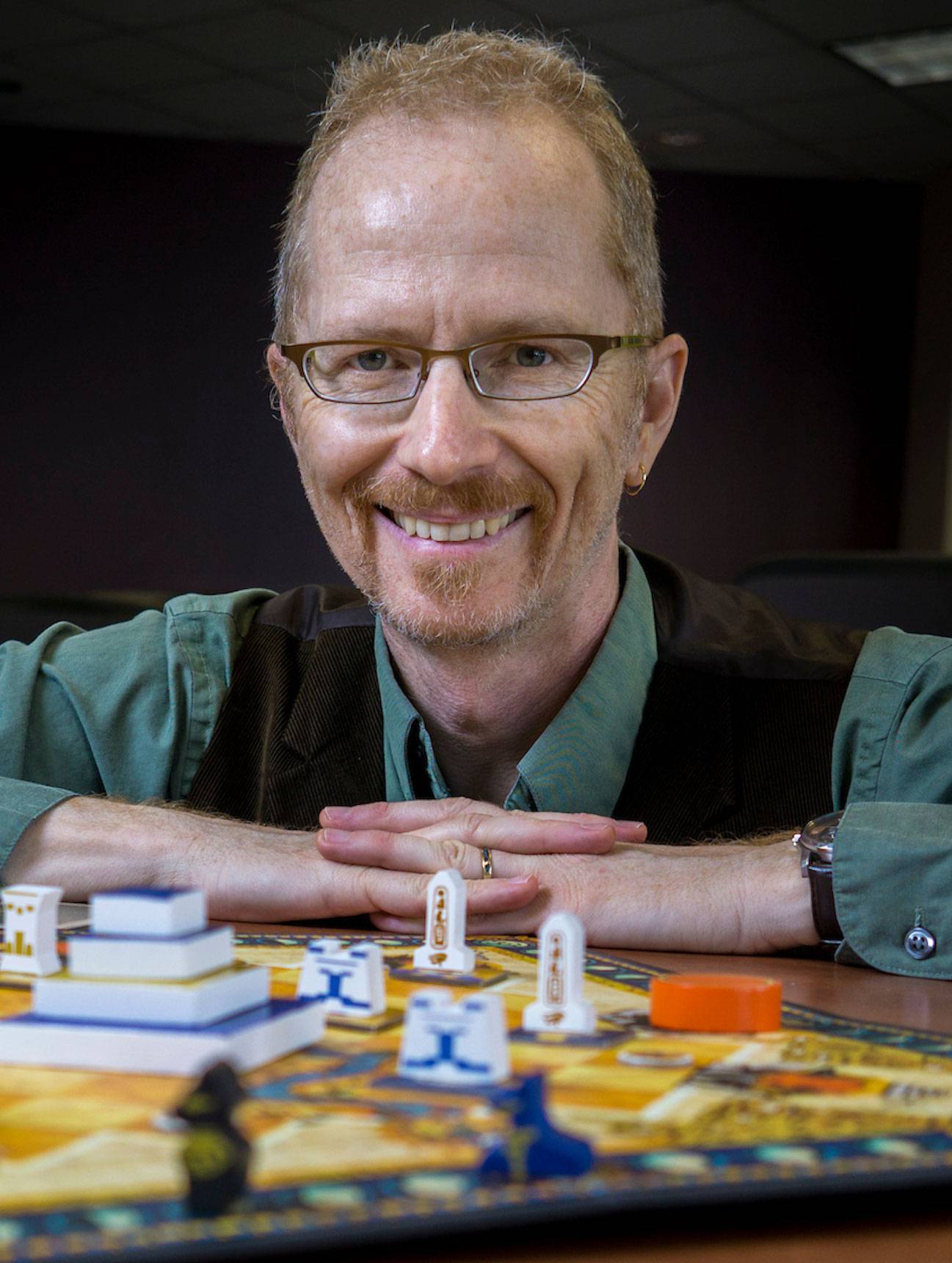 As an associate professor/lecturer in the English Department at the University of Utah, Seegert has been teaching courses on video games since 2014, when he first created ENGL 2090, a general education course examining video game storytelling. The class was an enormous success, and since then, he’s created ENGL 5090: Literature, Film, and Video Games and ENGL 5095: Advanced Video Game Storytelling, which will be taught for the first time in the spring of 2023.

Seegert’s love of video games goes back a long way. “I’ve been playing video games my whole life,” he said. Growing up, games offered him a much-needed escape from difficult circumstances. “Playing games with my friends and reading were absolutely essential for making life meaningful and bearable.”

“It was a space of yearning,” he adds. “I never had any money to go to arcades as a kid, so I would just lurk and watch other people play.” When he finally got a computer, he immediately learned programming, and programmed board games into the mainframe computers at his high school. “I just felt like games were what I loved – but I loved books just as much.”

And so, when the opportunity arrived to combine his two loves, he jumped at it.

In the eight years since ENGL 2090 debuted, it’s become an incredibly popular course, regularly filling to as many as 75 students a semester. Seegert’s courses, which now have online versions as well, have attracted students from Ukraine, Honduras, India, China, Korea, Japan, and Mongolia. In his classes, students learn what video games can do with narrative that other media, like literature or film, can’t. “Because I’m a game designer, I focus on the way the mechanics in games themselves tell stories.” He’s not particularly interested in the video game cliché in which long periods of action are interspersed with lengthy, cinematic cutscenes that advance the story. He’s more interested in how narrative can be conveyed by a game’s very structure, by the systems that make gameplay possible. In game circles, this effect is often referred to as “mechanics as metaphor.”

“I want my students to get a robust sense of that.” He explains that most students who enter his classes already play video games religiously, but they’re usually playing one video game religiously. “They’re playing ‘Fortnite’ all the time or they’re playing ‘Minecraft’ all the time. And that’s fine. But they don’t have a broad experience of video games and their possibilities. The most common response I get from students is, ‘I thought I knew video games until I took this class.’”

Many of the games Seegert assigns are incredibly simple. There’s “Photopia,” which has no graphics at all, but allows characters to make robust choices in a non-linear interactive narrative. Or there’s “Thomas Was Alone,” whose characters are simply two-dimensional rectangles, but who nonetheless evoke strong emotional attachment. The simplicity of these games is an important teaching tool for Seegert, because it allows him to get to the core of how narrative works.

To that end, Seegert has his students watch a short video clip, created in 1944 by the psychologists Fritz Heider and Marianne Simmel. The clip features a series of animated geometric shapes: a big triangle, a little triangle, and little circle, which move in and out of a box on the screen. After playing it for his students, Seegert asks them to describe what they saw and almost every time, the students begin to tell a story. They say the clip depicts a scene of domestic violence, that the big triangle is abusing the circle and the small triangle, who are afraid of it and trying to get away. Seegert uses this video as an example of what he calls the “narrative imperative.” “Human beings are unable to experience something except as a narrative,” he says. “As soon as we apply causes, we imply that there’s an agent involved, which means there’s a character involved, which means there’s a storyline involved.” This tendency has significant ramifications for game design. “I try to give them games that are as basic as possible, so they recognize it isn’t the fancy graphics that get them invested. It’s the fact that we bring so much meaning and narrative to the simplest cues, because that’s how we’re wired.”

Despite how well video games and narrative intertwine, teaching video games in the English Department may seem controversial to some. Seegert says he wanted to design a course like this for years, but didn’t think it was possible, since video games were derided by so many. But anyone who talks with him will learn that video games are an artistic medium – rather than a genre – one which offers exciting and diverse possibilities. He explains that just like movies are a medium with many genres, so are video games and they can be profoundly moving and ethical.

Ultimately, what Seegert wants his students to get from his courses is validation for their love of games and to realize that “writing is awesome if you have something to say about what you love.”

And with Dr. Seegert’s help, they discover that they do.