Aug. 15, 2018 – The University of Utah recently had a successful showing at one of the largest national communication conferences, the Association for Education in Journalism and Mass Communication Conference, which was held in Washington, DC. Three professors and two graduate students from the Department of Communication presented six studies and took home three awards.

Graduate student Chelsea Ratcliff received a Graduate Student Research Award in the Mass Communication & Society Division. This $5,000 award supports a study proposed by a student. In this case, the project will be a mixed-methods study exploring how the public evaluates science news and responds to reports of uncertain science. Chelsea will return to the conference next year to present the study findings. 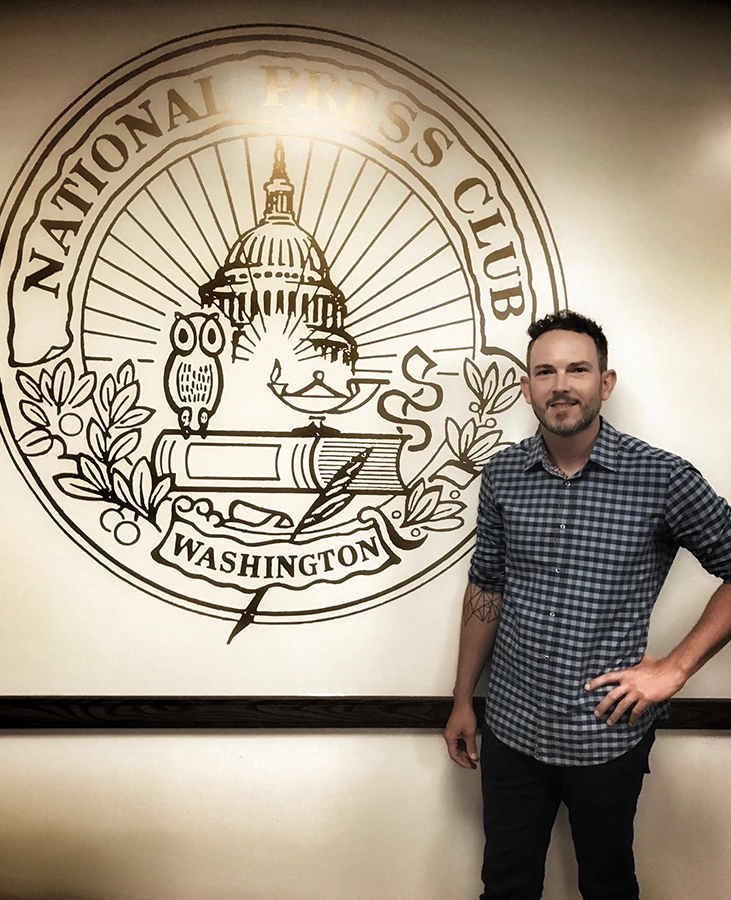 Avery Holton, professor of communication, presented four studies at the conference, accepting Top Paper Honors from the Newspaper and Online News Division for co-authored works focusing on news and information overload and journalistic identity. The paper, “Re-Examining News Overload: Effects of Content Characteristics and News Topics on Selective Scanning and Avoidance,” was co-authored with Angela M. Lee (University of Texas-Dallas) and Vickie Chen (National Chung Cheng University) and examined the role of varying news topics and news interest on feelings of anxiousness and avoidance when reading the news. His other study, “Exploring a Branding Alignment Typology: Influences on Individual, Organizational, and Institutional Forms of Journalistic Branding,” analyzed a breadth of U.S. journalists to determine how and why journalists brand themselves and their organizations in ways that change how they are perceived and how they perceive themselves. The study was co-authored with Logan Molyneux (Temple University) and Seth C. Lewis(University of Oregon).

Holton also presented a co-authored study with Amber Hinsley, which suggested individuals who struggle with defining misinformation may also be the most likely to misidentifying, and possibly promote, such information online. His fourth study, co-authored with Valerie Belair-Gagnon (University of Minnesota) explored the role of journalistic outsiders in the creation of today’s journalism.

Holton, who has been a member of association for nine years, was also appointed as head of the Communicating Science, Health, Environment, and Risk, ComSHER, division.

Shannon McGregor, professor of communication, presented her study "Social Public Opinion in Campaign News" to the Political Communication Interest Group at the conference. In the study, adapted from her dissertation, McGregor examined how journalists used social media metrics and individual posts as representations of public opinion during their reporting on the 2016 U.S. presidential election. McGregor also co-hosted the annual gathering of the Badass Ladies of Communication, held at the National Press Club.

Sara Yeo, professor of communication, assumed the role of research chair in ComSHER and organized two teaching panels, including one in collaboration with the Small Programs Interest Group and another with the Political Communication Interest Group. Her co-authored study (with Michael Cacciatore of UGA) on the effect of social media use on political knowledge also appeared in a session for a special issue of Journalism and Mass Communication Quarterly.

Graduate student Meaghan McKasy attended the conference on a travel grant sponsored by the Global Change and Sustainability Center at the U. While at the conference, she attended numerous academic panels and participated in the Job Hub, a service that provides program universities and potential job candidates the opportunity to meet one-on-one in an interview setting. McKasy met with several universities while in D.C. and arranged further interviews for the coming weeks.