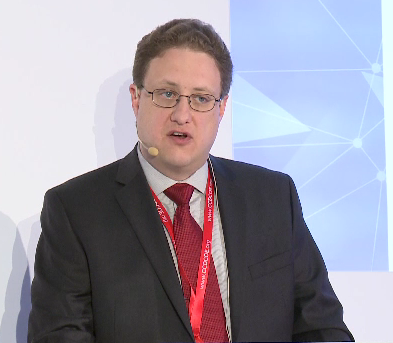 On May 17, 2017, Professor Sean Lawson of the Communication Department delivered a lecture at Lawrence Livermore National Laboratory’s Center for Global Security Research. His lecture was part of an ongoing cyber security lecture series at the Center.

Dr. Lawson’s lecture discussed his research into what he calls “cyber-doom rhetoric.” Cyber-doom rhetoric refers to the tendency for policymakers, military leaders, and news media to deploy frightening, hypothetical scenarios involving cyber attack resulting in mass destruction or disruption, or even total economic, social, or civilizational collapse. In his talk, Dr. Lawson argued that there is no doubt that we face serious cyber security threats. Nonetheless, he said, few if any cyber attacks to date have come close to causing the kinds of damage contemplated in cyber-doom rhetoric.

He outlined his research into the variations and potential effects of cyber-doom rhetoric, arguing that cyber-doom rhetoric is the latest manifestation of longstanding fears of technology-out-of-control in Western societies. He argued that the specific fears expressed in cyber-doom rhetoric are not only unrealistic, but that such rhetoric may also be counterproductive for framing the way we think about real cyber threats. He offered suggestions for a way forward beyond the use of cyber-doom that is informed by an appreciation for the role that language and rhetoric play in framing and responding to security threats.

Lawrence Livermore National Laboratory was founded in 1952 by physicists E.O. Lawrence and Edward Teller as a sister laboratory to Los Alamos National Laboratory. Located in Livermore, California, the Lab made major contributions to the U.S. nuclear weapons program during the Cold War. In the post-Cold War era, the Lab has continued to contribute to national security and weapons research, as well as new missions, such as the development of sustainable energy technologies and climate change research.