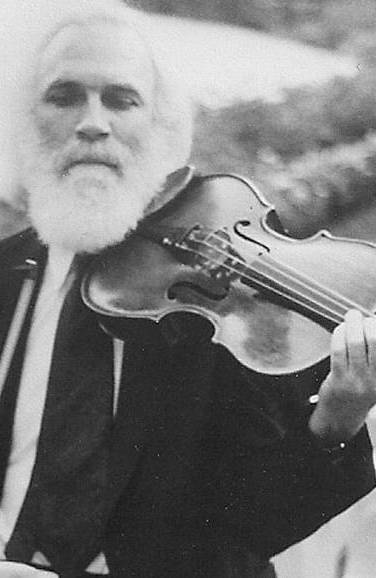 In honor of the late University of Utah philosophy professor David Wells Bennett (1927-2014), his family has established an endowed scholarship in his name. The Department of Philosophy invites friends and family of Bennett to support the fund so more philosophy students can receive the necessary financial assistance to study in his honor.

The David Wells Bennett Endowed Scholarship will perpetually support students in philosophy at the U, ranked one of the Top 10 Philosophy departments in the nation.

“Students with great aptitude for philosophy have often found it difficult to pursue an undergraduate degree in the discipline, especially when faced with sharply rising costs of education and living expenses generally, coupled with the temptation of choosing a degree in some other field that appears to promise more ‘lucrative’ results,” said Eric Hutton, chair of philosophy. “The Department of Philosophy is therefore honored and thrilled to receive a gift to establish the David Wells Bennett Endowed Scholarship for undergraduates. Bennett was a valued and long-serving faculty member in the department, and this gift from his family is a highly fitting way to honor his own lifelong devotion to philosophy, through supporting others in their study of the subject for generations to come.”

A beloved professor, respected logician and professional violist, Bennett received his bachelor’s and master’s degrees in math from the U and a doctorate in philosophy from Columbia University. He then returned to the U to teach philosophy for 30 years. Bennett’s family recalls him being professionally known as a “voice of reason and uniter of divergent factions.” He had four papers accepted for publication in noted scholarly journals (one after his retirement). He pursued his interest as a logician throughout his life, meeting weekly with colleagues in the Utah Logic Group for 24 years after his retirement, and working to solve the Twin Primes conjecture until shortly before his death.

Bennett’s daughter, Amy Bennett Johnson, a 1977 history graduate of the U, said, “I think Dad would say philosophy is one of the most important and least appreciated academic disciplines today. I know he treasured each student who entered his sphere and would be glad to see them supported.”

Philosophy professor Steve Downes reflected on his memories of Bennett. “David had retired when I arrived as a new assistant professor. He was a philosopher of science and I was the new philosopher of science in town. David was a mentor and friend to me well into his retirement and he helped me settle into life in academia. I am forever grateful to him for the kindness he showed me.”

Even small gifts to the Bennett Endowed Fund go to support this scholarship in perpetuity. Thank you for honoring David Wells Bennett and allowing philosophy students to carry on his legacy at the U.