The Intersection of Empathy and the Humanities:
Faculty Feature with Joseph Metz 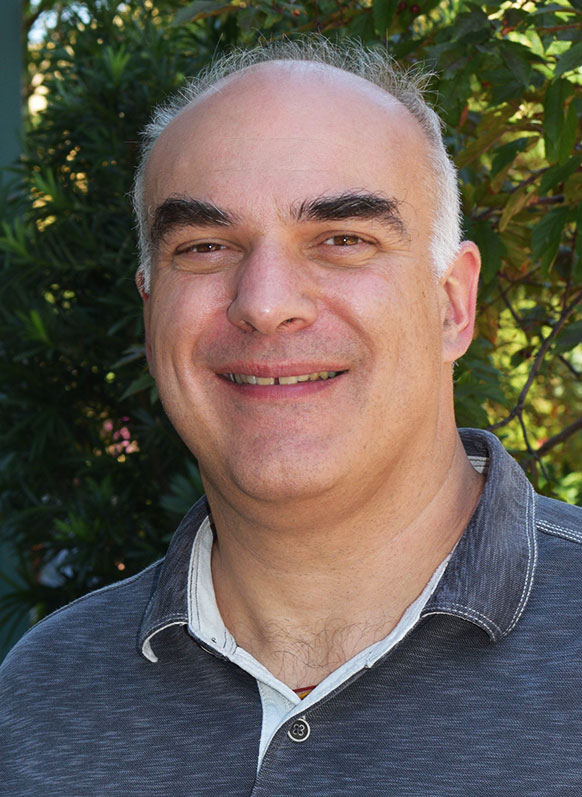 In his course, Empathy, Medicine and the Human Condition, Joseph Metz, associate professor of German at the University of Utah, begins every day by leading his students through contemplative breathing exercises. Depending on the day, they spend between five and ten minutes doing these exercises before moving on to analyzing and discussing the literature they read for homework. Metz says that starting class this way helps students access their power of awareness and gets them back in touch with their own processing of an experience; this then assists them in approaching the text with a heightened awareness.

This practice is called contemplative pedagogy, which is an approach that teaches students material through a first-person experiential mode rather than the traditional third-person approach. When analyzing texts through contemplative pedagogy, familiar analytical techniques still apply, such as asking questions like “what's happening in this text?,” “how does it create its meanings?” and “how does it generate signification?” etc. Metz explains that in traditional analysis, “What often is missed is the ability to sink into oneself and really see how these topics and themes that we’re dealing with in important humanities texts affect and speak to our lives and how we might translate that into action.”

Metz specializes German studies and comparative literature. He says that his interest in the German language began when high school language teachers visited his middle school classroom and the German teacher seemed like the most fun. This influential meeting happened to put him on a path which later led him to Harvard to receive his doctorate in Germanic languages and literatures. His earlier research explored topics such as national identity, gender and literary identity in border zones of the 19th-century Austrian Empire, and he has since gone on to study the intersection of empathy and aesthetic discourse in German literature.

The topic of empathy has a varied history. Metz explains that what began as a term in German aesthetic theory, “Einfühlung,”originally meant “projecting yourself, human feeling, into inanimate objects including form, works of art, or aspects of nature.” It wasn’t until 1909 that the word was translated into English, into the term that we use today – empathy. Since then, it is a term which seems to transcend disciplinary boundaries and finds itself a concept of concern in literature, theatre, medical sciences and religion. Metz has recently completed a book manuscript exploring the implications of “Einfühlung” in German realist and modernist literature, along with the paths leading from early empathy theory to present-day affect theory and philosophy.

In his class, CLCS 3720: Empathy, Medicine, and the Human Condition, Metz aims to guide students as they explore the subject of empathy, its varied cultural meanings and its intersection between the humanities and the sciences. Some of the texts read in class include novels, books written by medical anthropologists, neo-Jungian psychoanalytic theory, an end-of-life care manual from a non-traditional approach, Buddhist psychology, and one book which discusses AI and its potential ability to empathize with humans more than other humans could. Within those topics, the class also explores empathizing with historical or personal suffering, as well as potential methods of healing. Whether they are explicitly or implicitly medical, what all these topics have in common is that they provoke discussion on the question of what it means to be human.

Empathy is a term which cannot be easily defined and depending on the field in which it is used, its definition and the understanding of it vary greatly. An impetus behind the creation of this class was to help bridge the gap that exists between the humanities and the sciences, including applied sciences like medicine and nursing. Metz says, “Some studies have suggested that medical students’ level of empathy declines throughout the course of med school, and this is a crisis for doctors. This course can reach out to these students and get them thinking through the topic of empathy before they arrive at med school.”

The daily breathing exercises that are conducted before class discussion are a method to help students approach the material more clearly. Metz explains, “Spending time in class connecting with your own experience of the material, either through breathing exercises or some other kind of contemplative exercises, you slow things down, develop a more experiential mode of processing things. Then, we take that heightened level of awareness and apply that while working with these complex texts.” With the heightened level of awareness, the reader can more easily acknowledge physiological responses they may have in response to the literature. “We also want to pay attention to our responses when encountering the material, including physiological responses like breath, etc. In this way, we can connect to our own sense of awareness when reading the text.”

Through contemplative pedagogical methods, Metz aims to help students grapple with the concept of empathy. “Doing these breathwork and attention practices, in a way, brings together all three elements in the class title: empathy, medicine, and the human condition. As humans, we already have the capacity to be present and empathetic, and to become aware of and pay attention to our own capacity for empathy is itself a type of medicine or healing. So, by doing these exercises to become more aware of the empathy we already have, we can bring this awareness out into the world in our interactions with other people.”