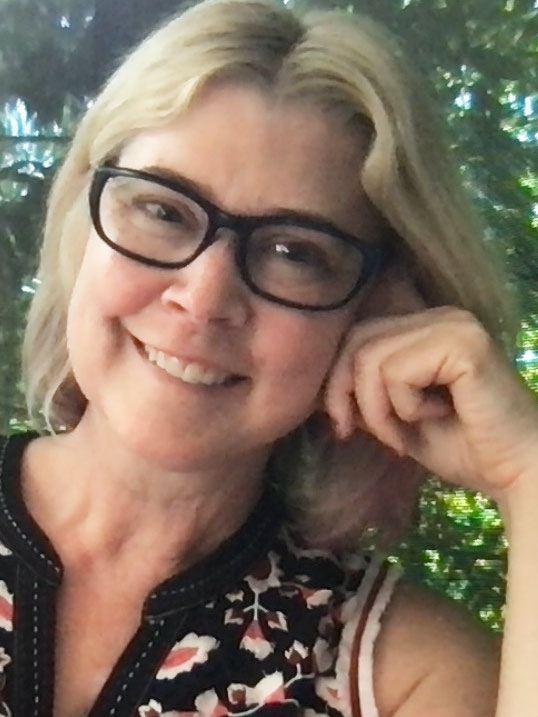 Much of the humanities is about getting people to see things that have become invisible, things so taken for granted that we no longer notice or question them. Lisa Swanstrom’s new project, Synthetic Futures, is about one such invisible object: plastic.

“It’s something that is so omnipresent,” says Swanstrom, associate professor of English at the University of Utah. “It’s not that we’ve lost sight of it, but it’s hard to get a handle on, because it is everywhere.”

Swanstrom does work in the fields of digital humanities and eco-criticism. Her most recent book, “Animal, Vegetable, Digital: Experiments in New Media Aesthetics and Environmental Poetics,” was the winner of the Elizabeth Agee Prize in American Literature. She became interested in plastics after being invited to contribute an article on the subject for the anthology “Life in Plastic: Artistic Responses to Petromodernity,” now out with the University of Minnesota Press. She was asked to write 6,000 words on the subject; she ended up producing 20,000.

“I handed it to the editor and said, ‘I know I’ve said too much, but can I have some wiggle room here?’ and she said, ‘No, you can’t.’ So, I realized that I just had a lot more to say about it. I realized: this is probably a book project.”

Swanstrom’s specific focus is on how plastics are represented in works of science fiction. From the 19th century onward, science fiction has portrayed plastic as a sign of the future, a mark of progress. Plastic has indicated wealth, luxury and cutting-edge technology. Swanstrom wants to probe that depiction, and to imagine what other narratives we might begin to tell about this ubiquitous material.

“In addition to the polluting aspect of it,” says Swanstrom, “it’s actually been a vital component of what it means to be a human being.” Given that microplastics have now been found at the top of Mount Everest, the bottom of the deepest oceanic trench, and even flowing through human bloodstreams, our planet’s story simply can’t be disentangled from the story of plastics.

One text which Swanstrom focuses on is “R.U.R.,” a science fiction play by the Czech writer Karel Čapek. Published in 1920, Čapek’s play is arguably the earliest example of robot fiction – it even introduced the term “robot,” which derives from the Slavic word robata, meaning “forced labor,” into the English language. Rather than the shiny metallic robots we have come to know, Čapek’s robots are created out of synthetic materials. “They are manufactured as a kind of dough,” Swanstrom says. “They are processed in these vats, very similar to chemical plants or petroleum manufacturing.” Furthermore, these plastic robots are modular, their body parts constructed piecemeal on a kind of assembly line. What Swanstrom realized was that the time in which Čapek was writing, shortly after the end of WWI, was a major boomtime for prosthetics. In this context, the modular robots become a way to think about soldiers whose limbs were scattered across the battlefield, and who returned home to receive artificial legs, arms and even faces. “For me that’s been one of the most important insights – not that plastic’s just summarily evil, but that it’s been interwoven with how we think of ourselves as human beings.”

But of course, serious problems around plastic still exist, and Swanstrom is also interested in recent science fiction that has begun to reckon with the material’s ecological consequences. She cites books like Alison Stine's “Trashlands” and Chen Qiufan's “Waste Tide” as examples. “It is an ecological question at heart,” says Swanstrom. For that reason, she hopes her project will highlight the entire lifecycle of plastics, including their origins as petroleum byproducts. “We think of plastic as this artificial thing, but it comes from fossil fuels,” she says. Today, plastics and fossil fuels seem completely disentangled in the stories we tell about them, but Swanstrom says it wasn’t always that way. “I found some really cool early advertising where they still actually say “Hey, plastics are petroleum.” She cites an early advertisement from the chemical company Celanese, which depicts a rustic looking Texan oil field and bears the caption, “Out Where Synthetics Begin.” The ad insistently reminds viewers of the “natural” beginnings of synthetic materials. Resurfacing this fact is one way in which Swanstrom disrupts the binary between the natural and the artificial, thereby highlighting the ecology of plastic – its complex interrelationships with other organisms at all stages of its lifespan.

Swanstrom points out that we’ve always looked to plastic for solutions to our problems; it is the cutting-edge technology which marks the arrival of progress. There’s even a word for this in engineering: unobtanium. Unobtanium refers to a hypothetical material which would be ideal for a specific industrial project, but which does not yet exist. Perhaps this is the ultimate promise of plastic – that we can always synthesize something better. That the solution to our problems is merely one of refining our technology. It’s this kind of mythology which Swanstrom’s innovative work pushes back against. Rather than glorify or vilify it, she asks us simply to see plastic more clearly, to broaden and diversify the stories we tell about it. “It’s become a part of our own cultural history,” she says. “It no longer seems possible to completely disavow it.”