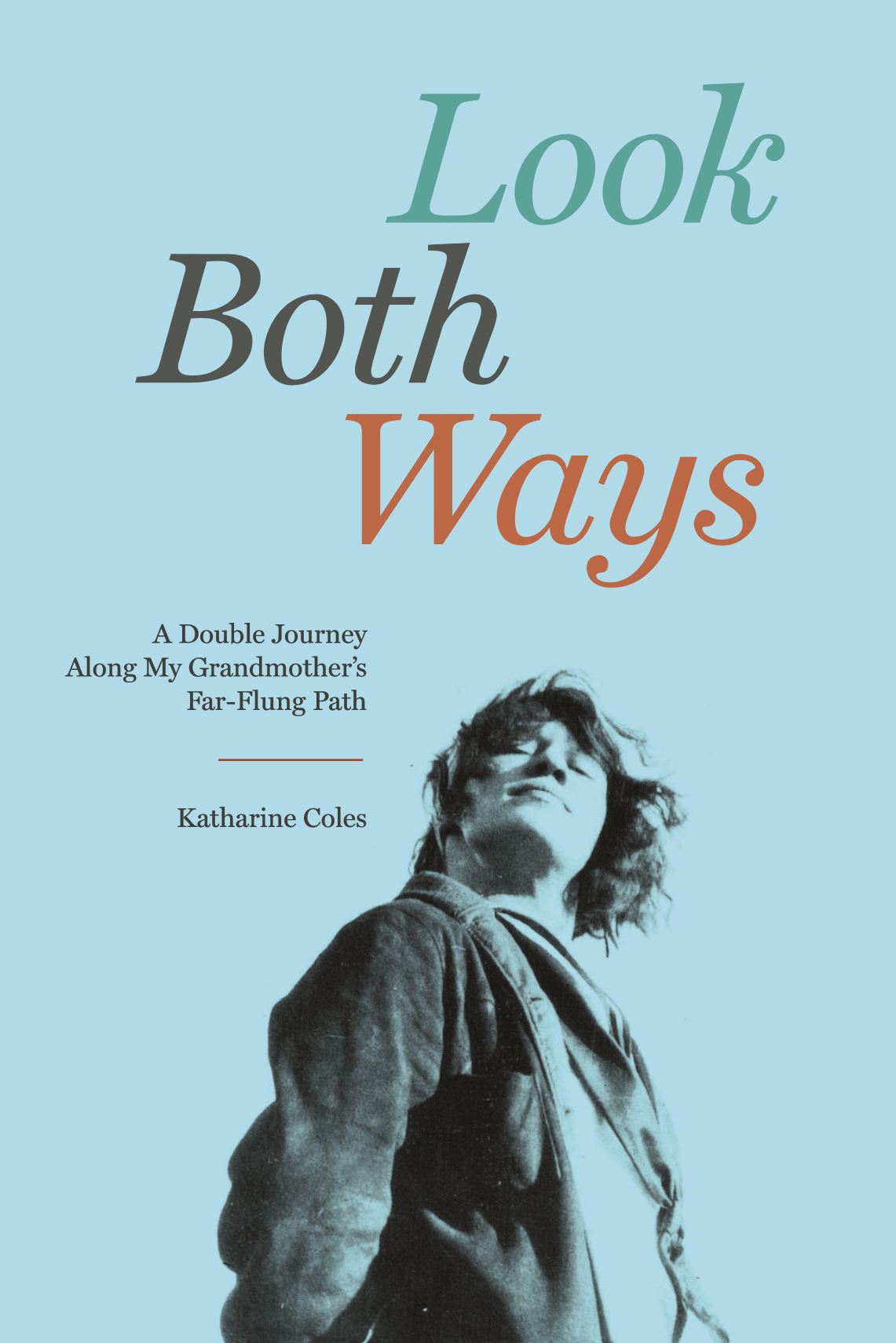 Katharine Coles, professor of English, recently published “Look Both Ways,” a biography that follows her grandmother’s life looking backward and forward, through documents and imagination. Her book examines the delicate balance that must exist in a successful marriage and a feminist life.

Below, Coles shares some thoughts about her book and her grandmother.

What prompted you to write a biography about your grandmother?

I always knew she had had kind of an exotic life (my mother was born in Jakarta, Indonesia), but when I was a child, of course she was ordinary to me. It was only after I was in college and we developed a more adult relationship that I realized she had interesting stories to tell.

How did you learn of your grandmother’s past?

When I was in college, we corresponded regularly and she began to send me poems she had written as a young woman. These hinted at a more romantic life than I had suspected. When I visited her, we would go through old photos together and I would get her to label them.

It was only much later, when my mother and uncles were clearing out her house and I asked for the letters and journals that I realized how much material there was.

Did your grandmother influence your life?

She influenced me directly, through her encouragement of my choice of career. She had wanted and even tried to make a life as a writer herself at a few points, and in a way, I think she saw me as fulfilling some of these dreams. Also, of course, she influenced me as the mother of my mother. The book uses four generations of women in my family, beginning with my great grandmother, to think about women and opportunity (or the lack thereof) and the way in which thwarted female ambition shapes us.

What were some of your grandmother’s defining characteristics?

She was quite brilliant (she spoke five languages fluently, was an accomplished athlete and musician, and was one of the first women to complete a degree in geology at the University of Wisconsin). She was romantic. She was charming and vivacious. And she was full of rage.

What do you hope readers will take away from your grandmother’s story?

First, I just hope they take away the experience of her time and place, and also the experience of what it’s like to follow in someone’s footsteps through words and travel, as I did. And second, I hope they get a sense of how complex a given life is, and of the kinds of compromises we choose or have thrust upon us.