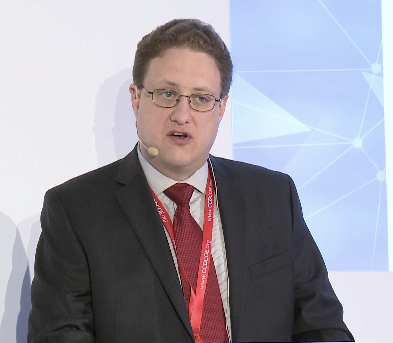 On March 8, 2017, Professor Sean Lawson of the Communication Department delivered a lecture at the NATO Centre of Excellence Defence Against Terrorism (COE-DAT) in Ankara, Turkey. His lecture was part of a course on “Operational Planning for Counter-Terrorism” held at the COE-DAT headquarters. Dr. Lawson’s lecture was titled, “Scientific Approaches to Counter-Terrorism as a Complex Military Problem."

The aim of the course was “to provide planning staff working at the operational level with the ability to incorporate counter-terrorism into advance and crisis response planning, and to subsequently oversee the execution of these plans.” Dr. Lawson’s lecture provided relevant historical context for, and critical evaluation of, the evolution of analytical techniques used by security professionals to understand and respond to terrorist threats. His lecture drew extensively from his prior research on the U.S. Military’s attempts to learn and apply lessons from scientific theories of chaos, complexity, and networks to information-age security threats.

The course was attended by military officers and other security professionals from NATO, Partnership for Peace, Mediterranean Dialogue, Global Partner, and Istanbul Cooperation Initiative countries, as well as from other relevant international organizations dealing with counterterrorism.

The NATO COE-DAT is one of 23 accredited NATO centers of excellence. Inaugurated in 2005, COE-DAT was appointed Department Head in countering terrorism for NATO in 2015. The Centre provides subject matter expertise, assists in doctrine development, and has primary responsibility to coordinate all NATO education and training requirements for counterterrorism. The “Operational Planning for Counter-terrorism” course is one of 22 training and education activities planned for COE-DAT in 2017.