Tracy McMillan's "Be More You" Event a Huge Success 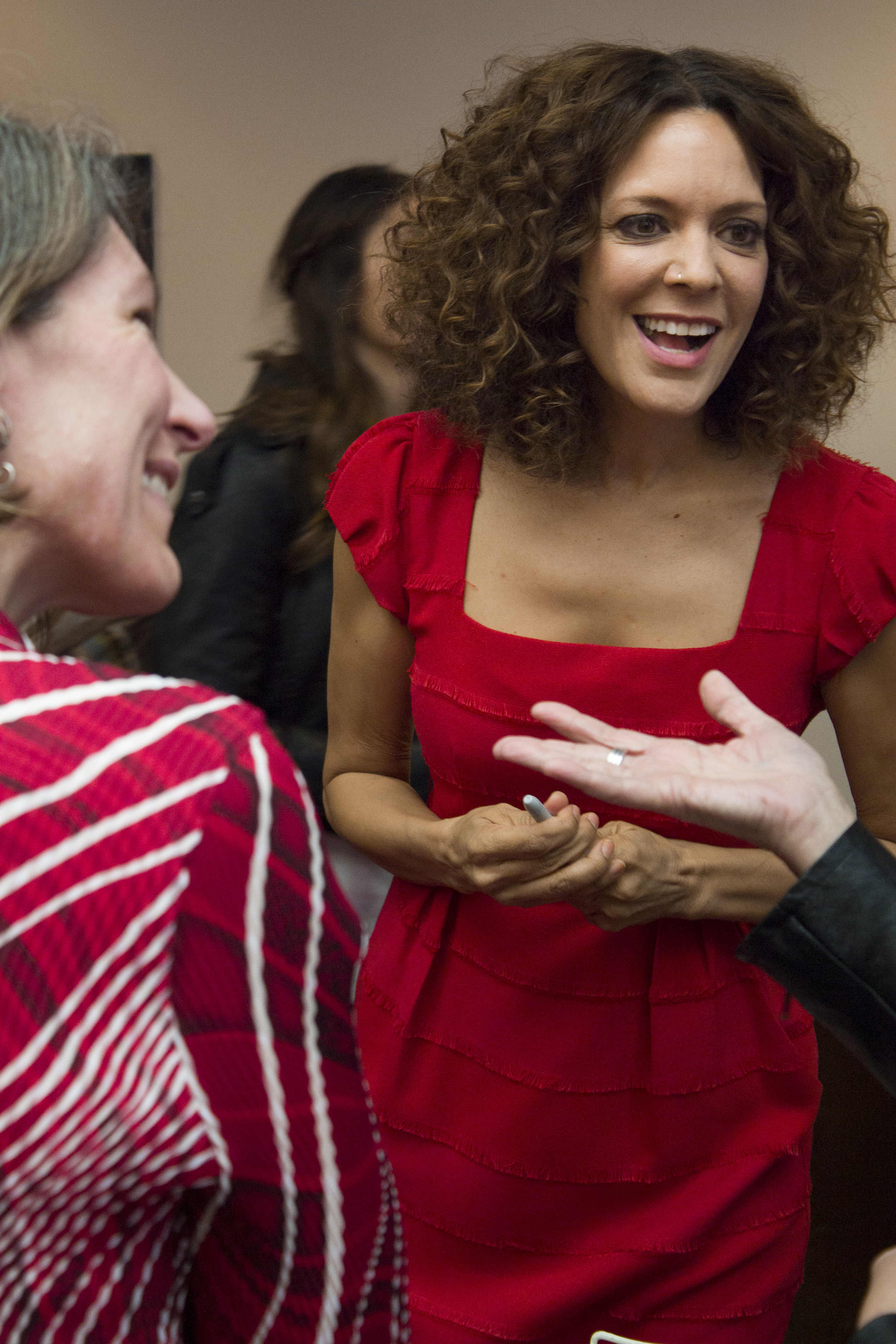 Tracy McMillan, a Utah Communication alum who has gone on to fame writing film, TV, and books, as well as appearing on several TV shows, including Oprah, returned to the U to present a thoughtful and entertaining lecture titled BE MORE YOU: How to Get Everything You Want By Being Exactly Who You Are on February 12, 2014, in the Languages & Communication Building auditorium (LNCO 1110). Hosted by the Communication department's Communication Institute and the College of Humanities, the event drew people from the community, students at the U, and alums of Humanities. McMillan spoke for an hour and then signed books during a lunchtime reception. The day was a great success and allowed students and community members to see what is possible with a Humanities degree.

McMillan, who graduated with a journalism degree from the U in 1989, left Salt Lake for a job at NBC Nightly News, followed by 15 years writing and producing TV news. She then transitioned to writing film, TV, and books, including the hit shows Mad Men and The United States of Tara, her memoir I Love You and I’m Leaving You Anyway, and her latest book, Why You’re Not Married…Yet. Her lecture drew from the many awakenings McMillan has experienced throughout her life – beginning as a child with a less-than-ideal family dynamic, followed by three marriages, three divorces, and a successful career writing and establishing her presence as a funny, relatable, relationship expert.

To many, McMillan is best known for her expertise that was first published in a 2011 Huffington Post story titled “Why You’re Not Married,” which was the most-viewed article ever on that site. Time magazine named it one of the Top Ten Opinion Pieces of 2011, and the next year she followed it up with her book by nearly the same name, Why You’re Not Married…Yet, which she describes as a “long, funny conversation about life, love, and what to do about it all.” After her talk, she did a book signing. She explains the book as basically “about everything I’ve ever learned in relationships, which is a lot. Especially about what we do wrong — since I’ve done so much of that myself — and also what to do right, since I’ve done a lot of that, too.”

A big thank you to Tracy McMillan for being the star of this exciting event.

Did You Miss the Event or Do You Want to Hear What Tracy Had to Say Again?

You're in luck because you can download the audio from her speech.